Leading industry publication ranks HUNT as the top family-owned and operated real estate firm headquartered in New York State
Buffalo, N.Y. – March 28, 2019 – Respected real estate industry publication REAL Trends (www.realtrends.com) has released their annual Top 500 survey, ranking the nation’s most successful real estate firms based transactions and closed sales volume totals in 2018. With 13,495 closed transactions and $2.76 billion in sales volume in 2018, HUNT ranked nationally at #35 in transactions (up six places from 2018) and #71 in sales volume (up 45 places from 2018).
The REAL Trends Top 500 survey also reported that HUNT experienced 20% growth in transactions and experienced a remarkable 49.5% increase in sales volume from the previous year.
The Top 500 survey also recognized HUNT in the following categories:
“To have our local, family-owned company recognized nationally speaks volumes to the remarkable efforts of the entire HUNT Real Estate team,” said Peter Hunt, Chairman and CEO of HUNT Real Estate ERA. “Our accomplishments in 2018 were the result of a concerted effort organization-wide to attract high-potential individuals new to real estate, as well as productive professionals from within the industry. Our phenomenal success can also be attributed to the reconstruction of our Career Development program, the growth of our real estate teams, and our geographic expansion into Massachusetts -- through our acquisition of ERA Key Realty -- led by my son, Charlie Hunt.”
REAL Trends collects data submitted by individual brokers nationwide. All sales and transaction data is submitted directly by the brokerage firms and verified by the firm’s financial executives, outside accounting firms and/or corporate franchise headquarters.
The full REAL Trends Top 500 can be found here:
https://www.realtrends.com/wp-content/uploads/2019/03/2019-REAL-Trends-500.pdf

Company president attributes success to diverse offerings in local market
AMHERST, NY – MJ Peterson celebrated its 89 th year in business during their 35 th Annual Awards Ceremony, held at the Park Country Club. Victor L. Peterson III, President and CEO of MJ Peterson, opened the ceremony’s speeches with the State of the Company address. Mr. Peterson congratulated the company on being the largest independently owned and operated, full-service real estate company serving all of WNY’s real estate needs.
“MJ Peterson is proudly committed to Western New York,” Mr. Peterson remarked. “Our strategy of a diversified business model continues to contribute to our growing revenue and workforce in 2018.”

In addition to welcoming 52 new sales associates and 23 new employees in 2018, MJ Peterson acquired the boutique firm, Robitaille Real Estate & Relocation!
Several sales associates and employees were acknowledged for their individual achievement at the
ceremony: Susan Lenahan was recognized as top agent for the twelfth consecutive year. Lenahan closed over $24.1 million in residential sales in 2018. She has been the top Buffalo city agent for more than 20 years. The Olear Team, led by Michael Olear in Tonawanda, was awarded the 2018 top team with over $23.9 million in sales.
Ronald “Gunner” Tronolone was awarded the top commercial agent and Gary DeCarlo was awarded 2nd Top producer based on both units and volume in 2018. Joe Jacobi Jr. received a “Team Impact” award for his contributions to the Commercial Division.
Stephen Grimm (of East Amherst), Marketing Director of MJ Peterson was awarded Employee of the year. Michael Cassidy (of West Seneca), Senior Accountant, was awarded Accounting Employee of the year.
The Property Management division saw a strong rental market, and have several new projects in the pipeline. Deer Lakes, their luxury apartments in Amherst, saw their final phase completed, wrapping up the 256-unit complex. They will continue with the construction of a Club House at this property which will house site staff offices and tenant amenities such as an exercise room, kitchen facilities, and a community room. Excitement was evident at the award ceremony for their expansion into a dedicated 55+ senior community complex, and their long-term investment strategy. Lee Eyrick (of Buffalo) and Brianna Russell (of Tonwanda), received Exceptional Performance Awards for Property Managers. Jim Baker (of Amherst) received Exceptional Performance Award for maintenance.

Peterson concluded his address by saying, “Each year we are honored by Business First as one of the Top Private Companies in WNY. This year we were ranked 23 rd .”

MJ Peterson, founded in 1930, is a family-owned and operated full service real estate company, with
numerous rental units, more than 300 sales associates and employees, 6 residential offices, and 1
commercial office in the Buffalo-Niagara marketplace. More information is available at
www.mjpeterson.com.
0 comments

New officers and directors also installed
Buffalo, NY – On January 11, 2019, Eric Winklhofer was named 2019 President of the Buffalo Niagara Association of REALTORS® (BNAR), a trade organization with more than 3,300 local members whose mission is to promote professionalism, real estate property rights and values and the voice for real estate in the Western New York area.  Eric was installed as President by his parents, Robert and Judy Winklhofer.
A Lancaster, NY resident, Winklhofer followed in his parents footsteps and started his career in real estate in 1988 and is a Broker-Owner of Century 21 Winklhofer real estate with offices in Clarence/Williamsville and Grand Island.  Winklhofer is a second generation REALTOR and third in his family to become President; his father Robert in 1983 and his sister Amy in 2012. Besides being BNAR president in 2019, he currently serves as Director for the New York State Association of REALTORS and National Association of REALTORS.
Winklhofer goes beyond to further his personal and professional development and is a champion for the real estate industry and in his community.  Close to his heart is his hockey buddy, whose daughter Ava was born with no limb from the elbow down and that’s why he chose the Lucky Fin Project as his charity in his year.  “The organization exists to raise awareness and celebrate children and individuals born with limb differences (Symbrachydactyly).  His objective is to help raise funds and create awareness, said John B. Leonardi, BNAR Chief Executive Officer.
In addition to Eric’s installation, the following individuals were installed by good friend, Nancy Saia from the Law Office of Nancy W. Saia:    Officers – Donna Littlefield, President Elect; Brendan Cunningham, Secretary/Treasurer;  Amber Wesser, Vice President; Rebecca Van Dorn, Past President and Amy Winklhofer, Presidential Advisor.  Directors serving three-year terms are Lori Adams, Annabelle Aquilina, Suzanne Chaskes and Michele Gwizdowski.  One-year term as Directors at Large is Peter F. Hunt and Nan Malysza.   Appointed as Regional Directors is Judy Conable representing Genesee Valley region and David Stefik representing Niagara Falls region.
Also at the event, Isabelle Robitaille was named REALTOR® of the Year and Michael Olear was named REALTOR-ASSOCIATE® of the Year.  These awards are based on exemplary service and participation in the BNAR, the real estate community, the national and State Association and involvement and service in civic, community, church and charitable projects as well as business accomplishments 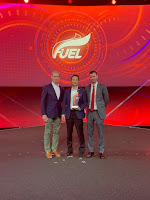 Buffalo, NY – March 21, 2019 – ERA Real Estate has awarded HUNT Real Estate ERA with the 2018 Gene Francis Memorial Award. The annual award, named after ERA Real Estate co-founder Gene Francis, is the highest honor given to an ERA company and reflects the qualities most respected throughout the global ERA system and the real estate industry.


ERA also recognized HUNT as their top-ranked real estate firm for Total Units Sold in 2018. HUNT earned this achievement by selling 13,495 residential units last year. Additionally, HUNT received recognition as being second in the ERA Real Estate network in Total Sales Volume, with $2.756 billion in sales volume last year. The ERA Real Estate network includes 36,000 brokers and sales associates throughout the United States and 31 countries and territories.
"There are hundreds of very fine real estate companies in the ERA organization with whom we collaborate,” said Peter F. Hunt, Chairman and CEO of HUNT Real Estate Corporation. “It is a great tribute to the professionals inside HUNT in New York, Massachusetts and Arizona that their collective efforts have made us the number one firm in the entire ERA network for 2018.”


HUNT Real Estate ERA was recognized for their achievements at the 2019 ERA Fuel Conference in Las Vegas, NV on March 19-21, 2019.

About ERA Real Estate
ERA Real Estate is an innovative franchising leader in the residential real estate industry with more than 40 years of experience in developing consumer-oriented products and services. The ERA network includes approximately 36,000 brokers and sales associates and approximately 2,300 offices throughout the United States and 31 countries and territories. Each office is independently owned and operated. ERA Real Estate is a subsidiary of Realogy Holdings Corp. (NYSE:RLGY), a global leader in real estate franchising and provider of real estate brokerage, relocation and settlement services.


About HUNT Real Estate ERA
HUNT Real Estate Corporation is the parent company of HUNT Real Estate ERA and operates over 50 branches throughout western and upstate New York, Massachusetts, and metropolitan Phoenix, Arizona. Founded in 1911, HUNT is the most successful family-owned and operated real estate company in New York State, and is ranked the 41st largest real estate firm in the nation for closed transactions by RISMedia. HUNT also operates a commercial brokerage, mortgage banking firm, insurance agency, title agency, an award-winning Relocation division, residential building company, and a fee-for-service brokerage. HUNT’s mission is to build its presence through the success of its sales professionals, to grow profitably, and to provide the highest quality of real estate and homeownership services. For more information about HUNT Real Estate, visit www.huntrealestate.com.
0 comments


"When Jason joined us we knew he had the right chemistry with his small team, at the time, to make it into something much greater,” said Peter Hunt, Chairman and CEO of HUNT Real Estate ERA. “The strength and enthusiasm of his leadership of The Sokody Sales Team and its remarkable growth and success are appropriately recognized as being the #1 Team in all of the ERA real estate organization. We are honored that Jason and his team are part of HUNT -- the most team-friendly real estate company in the nation!"


“We are extremely thankful for the families we assisted in buying and selling homes last year,” commented The Sokody Sales Team leader, Jason Sokody, who works out of HUNT’s Grand Island branch. “We are grateful to work with such a progressive company as HUNT. Their complete support allows our team to grow in unique and innovative ways so we can continue to contribute to the Buffalo/Niagara region not only through real estate, but also local charitable efforts.” 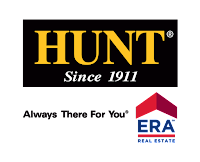 About ERA Real Estate
ERA Real Estate is an innovative franchising leader in the residential real estate industry with more than 40 years of experience in developing consumer-oriented products and services. The ERA network includes approximately 36,000 brokers and sales associates and approximately 2,300 offices throughout the United States and 31 countries and territories. Each office is independently owned and operated. ERA Real Estate is a subsidiary of Realogy Holdings Corp. (NYSE:RLGY), a global leader in real estate franchising and provider of real estate brokerage, relocation and settlement services.