Adwerx technology enables HUNT to advertise every listing across Facebook, mobile and web, geo-targeted to a radius around the property’s street address.


Buffalo, NY - February 20, 2018 - HUNT Real Estate ERA, an historic real estate brokerage with 40+ offices in both New York and Arizona, today announces that it has joined the Adwerx Enterprise automated listing advertising program. The new program will power listing ads for all of HUNT’s agents throughout both states. Adwerx has helped over 100,000 real estate agents and other professionals grow their businesses through the power of digital advertising.


“We carefully vet each new technology we bring to our agents,” said Charlie Hunt, Executive Vice President and Chief Operating Officer of HUNT Real Estate ERA. “For us, Adwerx checks all the boxes, it’s easy to implement and it empowers our agents with a comprehensive digital advertising strategy that deploys automatically whenever a property is listed for sale.”


With their Adwerx partnership, every HUNT sales professional receives a dynamic digital advertising campaign spanning Facebook, mobile and web for every property that they list. The property’s marketing campaign is geographically targeted around the home’s address and behaviorally targeted to specifically deliver to an audience of potential real estate buyers.


“HUNT Real Estate ERA has a peerless reputation in the industry and we are honored to have been selected to power their digital advertising,” said Jed Carlson, CEO of Adwerx. “Automated listings ads deliver instant reach and range to every listing that launches with HUNT.”


Adwerx has seen a rapid adoption of its automated real estate listing ads since the launch in 2017. A recent case study showed that nearly 82 percent of agents expected an increase in referrals due to the high level of seller satisfaction received when sellers saw their homes advertised on popular websites.

About HUNT Real Estate ERA
HUNT Real Estate Corporation is the parent company of HUNT Real Estate ERA and operates over 40 branches throughout western, central, northern and upstate New York, and metropolitan Phoenix, Arizona. Founded in 1911, HUNT is the most successful family-owned and operated real estate company in New York State, and is ranked the 41st largest real estate firm in the nation for closed transactions in 2016 by RISMedia. HUNT also operates a commercial brokerage, mortgage banking firm, insurance agency, title agency, an award-winning Relocation division, residential building company, and a fee-for-service brokerage. HUNT’s mission is to build its presence through successful sales associates, to grow profitably, and to provide the highest quality of real estate and homeownership services. For more information about HUNT Real Estate, visit www.huntrealestate.com.

Adwerx has provided brilliantly simple digital advertising to over 100,000 real estate industry customers and other small businesses across all 50 states and Canada. All Adwerx engineers, designers, and customer service professionals share a common mission: to make simple and effective online marketing tools that work for everyone. Adwerx was ranked as #173 in the Inc. 5000 list of America's Fastest Growing Private Companies for 2017 and has been an Inman Innovator Award nominee for its advertising technology. For more information, visitwww.adwerx.com. 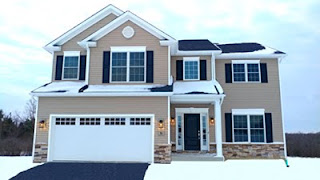 Feb 5, 2018 (Orchard Park, NY) – Essex Homes of WNY is pleased to announce that the second phase of development is now complete within Knoche Farm Estates. This single-family home community is located off Milestrip Road near Southwestern Boulevard in Orchard Park. The announcement was made by Greg Nanula, Regional Sales Manager.

“Knoche Farms has proven to be a very popular development with homebuyers looking to build in the Southtowns,” says Nanula. The home sites are extraordinarily large with most lots exceeding 110’ in width and some approaching an acre in size. Many lots offer panoramic views of the community’s picturesque pond and woodland surroundings. Whether it’s no rear neighbors you’re looking for or a secluded cul-de-sac lot, Knoche Farm Estates has something for everyone. All lots afford a generous building distance between neighbors, allowing for both privacy and the ability to select from a wide range of floor plans, including those with options for three and even four-car garages. Many lots offer a walkout basement option, providing for a multilevel backyard oasis, as well as daylight basements – both offer plenty of natural light, eliminate the need for egress window wells, and are perfect for anyone looking to finish their basement.”

According to Nanula, part of Knoche Farms’ appeal is its prime location within the top-ranked Orchard Park Central Schools and its proximity to nearby retail establishments, New Era Field, Chestnut Ridge Park, and many other recreational areas accessible via the NYS Thruway. Upon completion, Knoche Farms will consist of 97 total lots. This most recent phase will have a projected economic impact of over $15M.

Whether you have a growing family or are just looking to downsize, prospective buyers may choose from several functional floor plans including ranches, two-story plans, and first-floor masters, along with a variety of luxury amenities and custom options to personalize your home. Standard build time is approximately 150 days from receipt of a town building permit to completion. According to Nanula, pricing within Knoche Farms begins in the mid-$300s, however, for a limited time, homebuyers will be eligible for up to $18,000 in free custom options as part of Essex Homes’ current promotion, “Time is of the Essex.”

“The rapid expansion of Knoche Farms has demanded that we respond to the growing needs of the marketplace by incorporating several different designs. We provide our customers with the freedom to completely customize their new homes with the products and styles they prefer. Our full-time, in-house architect can accommodate design plan changes with ease, resulting in no additional costs. Our upfront and customized pricing process, in combination with our convenient in-house selection centers and our more than 25 years of building experience, allow us to offer a seamless, stress-free building experience. We are actively accepting new deposits and build orders on existing lots,” says Nanula. 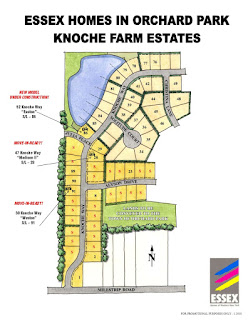 Essex Homes recently began construction of a new model home, the “Easton” at 52 Knoche Way which is slated for completion in the spring. Construction is also complete on 47 Knoche Way, a two-story “Madison II’ home plan, and 30 Knoche Way, a “Weston,” both of which are available for sale.

In addition to Knoche Farms, Essex has a furnished, model in nearby Ridgewood Estates at 25 Arrowood Drive which is currently for sale and open daily from 1-5 or by appointment; closed Fridays. Essex Homes of WNY has built more than 1,500 homes across WNY. For additional information, including community properties available for sale or lease, contact Greg Nanula, Regional Sales Manager at 716.667.7533 or visit  HYPERLINK "http://www.essexhomeswny.com" www.essexhomeswny.com.
0 comments 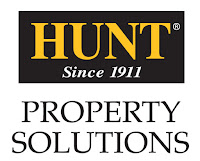 EFS, a leader in commercial, industrial, retail, and healthcare property management services was formed by William (Bill) Hibbard in 2005. The company grew substantially  to provide property management and building maintenance services to clients across the United States and Canada, including: Quebecor Printing, Quad Graphics, Bristol-Myers Squibb, Stryker Medical, Hero Beech-Nut, and Silgan Plastics. EFS clients in Buffalo, New York include Calspan Business Park, Dent Tower, PostMedia, Grand Island Plaza, and the Darwin Martin House, among others. EFS is ranked #14 on the Buffalo Business First list of Largest Property Management Companies, and was named the M&T Bank Small Business of the Year in 2014. Following the merger, the combined square footage locally under HPS management will be approximately 1.8 million square feet and growing.


The new company will focus on acquiring new properties where HPS can bring added value to the building ownership, as well as the tenants. The combination of the individual strengths of EFS and HUNT will allow HPS to reduce building expenses, increase tenancy rates, and manage the overall valuation of the property.


“The benefits to both companies are immediate, with potential for growth in Western New York and across New York State,” explained Bill Hibbard, who will remain as President of the new entity.


HUNT brings a significant portfolio of properties owned by the Hunt family, as well as a salesforce of over 1,200 licensed salespeople, who can drive properties to the company and work to increase tenancy rates in any building under management.


The unique approach developed by EFS to property management is what enticed HUNT to join forces. Through a proprietary building condition assessment and planning system, EFS has been successful at reducing the cost to operate a property, while increasing profits to the owner. With the addition of HUNT, building owners will now benefit from in-house leasing representation and property management services.


“With the creation of HUNT Property Solutions, we have added a new layer of service that we can offer our customers and clients that we have not had before,” said Charles Hunt, Executive Vice President and Chief Operating Office for HUNT Real Estate Corp and Chief Operating Officer for HUNT Property Solutions. “Bill brings a wealth of knowledge through his many years of experience in property management, energy management and building maintenance services. That skill set will be the foundation HPS is built on,” said Hunt.

Buffalo, NY – On January 4, 2018, Rebecca VanDorn was named 2018 President of the Buffalo Niagara Association of REALTORS® (BNAR), a trade organization with more than 3,100 local members whose mission is to promote professionalism, real estate property rights and values and the voice for real estate in the Western New York area.  Rebecca was installed as President by her good friend and mentor, Michael Smith of Geneseo, New York.

A Portageville, NY resident, VanDorn owns her own real estate company in Castile, NY, works in the field and manages a small team of agents.  Her past roles was President of the Genesee Valley Board of REALTORS® where she also received the REALTOR® of the Year Award.  At the BNAR level, she has served on multiple Director Terms and Officer Positions before becoming President.  She also has served on many of BNAR Committees as well as at the State and National level.

VanDorn goes above and beyond to further her personal and professional development and is a champion for the real estate industry and in her community.  Since she first became a REALTOR®, she had tirelessly raised funds for local charities. Close to her heart is her college roommate’s child who suffers from cystic fibrosis.  “This is a disease that affects 30,000 Americans with thousands of new cases every year and she will be devoting her energy to the Cystic Fibrosis Foundation, her designated charity for 2018,” said John B. Leonardi, BNAR Chief Executive Officer.

In addition to Rebecca’s installation, the following individuals were installed by New York State Association of REALTORS® President, Christine “CJ” DelVecchio:  Officers – Eric Winklhofer, President Elect; Donna Littlefield, Secretary/Treasurer;  Brendan Cunningham, Vice President;  Dawn Brown, Past President and Marlene DeCarlo her Presidential Advisor.  Directors serving three year terms are Joel HusVar, Paula Macaluso, Cheryl O’Donnell and Amber Wesser.  A one year term as Director at Large is Peter F. Hunt and Matthew Whitehead.   Appointed as Regional Directors is Judy Conable and David Stefik.
Also at the event, Joan Stovroff was named REALTOR® of the Year; Lori Adams was named REALTOR-ASSOCIATE® of the Year and miriam treger received the Buffalo Award.  These awards are based on exemplary service and participation in the BNAR, the real estate community, the national and State Association and involvement and service in civic, community, church and charitable projects as well as business accomplishments.

Learn, Access, Discover...Whether new or experienced in real estate, REALTORS who are committed to personal success
connect with BNAR for knowledge, information and technology to grow their business.
0 comments