LANCASTER, NY – January 30, 2017 – Mary Wagner, a Licensed Real Estate Salesperson with HUNT Real Estate ERA in Orchard Park, is sponsoring the #54T race car at the Lancaster Speedway for the 2017 racing season. With over 150,000 fans, the 2016 season at the Lancaster Speedway was record-setting, and more are projected to enjoy the 2017 racing season.


The driver of car #54T is Jayme Thompson, whose family has been racing at the Lancaster Speedway for over 30 years. In addition to the many exciting races car #54T will be racing in with Mary's sponsorship, there will be a special commemorative race to honor Jayme's brother-in-law and crew chief, Joe Reilly, who passed away last year at 47 years old. The commemorative race, called The Joe Reilly Sportsman Summer Slam 75, will be held Saturday, June 17, 2017.


“As a HUNT Realtor, I am committed to the tradition of working with a local company and supporting my community,” said Wagner. “I am thrilled to sponsor the family at Thompson Racing. The tradition and core values they exemplify is what makes Western New York such an amazing place in which to live and work.”

About Mary Wagner
Mary Wagner is a local real estate expert with the Orchard Park office of HUNT Real Estate ERA. After an extensive career in commercial real estate of 20 years, Mary moved to residential real estate. She is active in numerous local charities, including Over the Edge and the Polar Plunge for Special Olympics

About HUNT Real Estate ERA
HUNT Real Estate Corporation is the parent company of HUNT Real Estate ERA and operates over 40 branches throughout western, central, and upstate New York, and Phoenix, Arizona. Founded in 1911, HUNT Real Estate ERA is the largest family-owned and operated real estate company in the area and is ranked the 42nd largest real estate firm in the nation for closed transactions in 2015 by REALTrends. HUNT also operates a commercial brokerage, mortgage banking firm, two insurance agencies, title agency, an award-winning Relocation division, residential building company, and a fee-for-service brokerage. HUNT’s mission is to build its presence through successful sales associates, to grow profitably, and to provide the highest quality of real estate and homeownership services. For more information about HUNT Real Estate, visit www.huntrealestate.com. 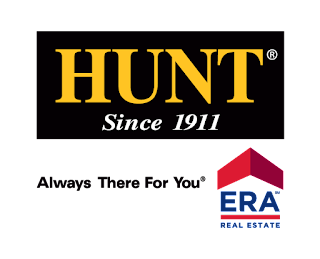